God brought destruction, devastation and death to Egypt because of the rebellion of the Pharaoh. But in His mercy and grace, He offered protection to any Gentile Egyptian who chose to believe and follow Him.

God used “Passover event” to reveal to the world:

PRAY ALL ISRAEL AND ALL PEOPLE WILL PUT THEIR FAITH IN THE BLOOD OF THE PASSOVER LAMB. 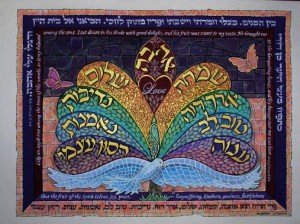