Lawlessness in the church

Man was created for a relationship with God and with a desire to worship Him. Cain and Able each brought an offering to the Lord but only Able’s offering was acceptable. Able showed his love and honor for God by giving sacrificially.

Then King David said to Ornan, “No, but I will surely buy it for the full price, for I will not take what is yours for the Lord, nor offer burnt offerings with that which costs me nothing.”

God gave Israel specific instructions for worship and a complete calendar of holidays.  Everything would be centered in Jerusalem and revolved around the Temple.

Because of the importance of the Temple, there was no greater punishment than being taken captive in a foreign land.

Unable to keep God’s instructions for worship, soon Israel was influenced by the rituals  of their Babylonian captors.  As a result, Israel developed their own way of worship by reinterpreting God’s instructions.  They did not change the calendar, but implemented new rituals, prayers and traditions which they brought with them when they returned to Jerusalem.  The damage was done and their faith had been compromised.

6 He answered and said to them, “Well did Isaiah prophesy of you hypocrites, as it is written:

‘This people honors Me with their lips,
But their heart is far from Me.
7 And in vain they worship Me,
Teaching as doctrines the commandments of men.’

8 For laying aside the commandment of God, you hold the tradition of men—

Traditions of men have been the constant threat to the followers of Yeshua, Jews and Gentiles.  God no longer gives His people specific instructions to worship, but His principles found in His word never changed.  Nor did His calendar.

But over the last 2000 the church has continued to be influenced by the world and even pagan rituals and holidays of Babylon.

The church has become compromised.

While it’s hard to think of the church being lawless, has deviated from the purity of God’s word, which manifests in various ways including:

“Not everyone who says to Me, ‘Lord, Lord,’ shall enter the kingdom of heaven, but he who does the will of My Father in heaven.  Many will say to Me in that day, ‘Lord, Lord, have we not prophesied in Your name, cast out demons in Your name, and done many wonders in Your name?’  And then I will declare to them, ‘I never knew you; depart from Me, you who practice lawlessness!’

PRAY FOR GOD’S CHURCH TO RETURN TO THE PURITY OF HIS WORD AND WORSHIP. 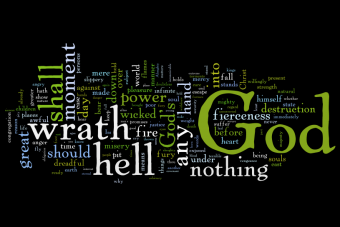