God chose Israel through whom to fulfill His promise to destroy the seed of the Serpent by the Seed of the Woman. From the sons of Adam and Eve, God chose Seth, then Terah and Abram (renamed Abraham).

God made an everlasting covenant with Abraham with very special promises:

“Get out of your country,
From your family
And from your father’s house,
To a land that I will show you.
I will make you a great nation;
I will bless you
And make your name great;
And you shall be a blessing.
I will bless those who bless you,
And I will curse him who curses you;
And in you all the families of the earth shall be blessed.”

The final promise God gave to Abraham was a specific land over which God would put His name.

7 Then the Lord appeared to Abram and said, “To your descendants I will give this land.” And there he built an altar to the Lord, who had appeared to him.

PRAY FOR UNDERSTANDING OF GOD’S UNIQUE RELATIONSHIP WITH ISRAEL. 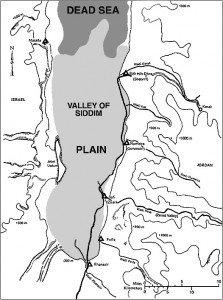