In the summer of 1944 a bespectacled, almost unknown Scots woman stood out among the tide of human misery shuffling from the railway cattle trucks into the barracks at Auschwitz. Her fair skin and bright blue eyes marked her out instantly as an Aryan, a non-Jew. She had been transported from a holding camp east of Budapest to Auschwitz where she was murdered in the gas chambers within a matter of weeks. The missionary Jane Haining died for helping Jewish children in her care survive the Nazi regime.

Jane Haining was born in Dunscone near Dumfries in Scotland in 1897. She lost her mother at the age of five and grew up a determined, capable woman. She worked for ten years in a threadmaker’s in Paisley, but at a meeting in Glasgow about the Jewish Mission she turned to a friend and said, prophetically: ‘I have found my life-work.’ She got the call to work at a Church of Scotland mission to the Jews in Budapest in 1932.

Famous for her broad Scots accent, she was popular with the 400 children, a mix of Christians and Jews, attending the school. Many were orphans, from broken or poverty-stricken homes, while others were sent simply because they got an excellent education from the Scots.

She loved her little ones. In one letter, she wrote: ‘We have one nice little mite who is an orphan and is coming to school for the first time. She seems to be a lonely wee soul and needs lots of love. We shall see what we can do to make life a little happier for her.’

Another letter read: ‘We have one new little six-year-old, an orphan without a mother or a father. She is such a pathetic wee soul to look at and I fear, poor lamb, has not been in too good surroundings before she came to us .. she certainly does look as though she needs heaps and heaps of love.’

She was in Scotland on leave when World War 2 broke out, but immediately undertook the hazardous journey back to Budapest to help the Jewish children.

Later the missionaries were ordered back to Scotland to safety when the Nazis invaded Hungary in 1944. Jane Haining disobeyed and remained to take care of her children. ‘If these children need me in the days of sunshine’, she said, ‘how much more do they need me in the days of darkness?’ Her sister Nan O’Brien later recalled: ‘It was no surprise that she refused to come back. She would never have had a moment’s happiness if she had come home and left the children.’

During the war the Nazi brutality accelerated with murder, violence and terror and the little Jewish children were increasingly under threat. Jane protected them to the best of her ability.

Jane Haining was denounced to the Nazi authorities and SS men raided the place early in May. They searched her office and her bedroom, gave her 15 minutes to get ready and took her away. She was thrown in jail on charges of British espionage and helping Jews. She was accused of working among Jews and of weeping! She wept as she had to sew the yellow stars of David onto the dresses of her children ..

One of her former wards later recalled: ‘I still feel the tears in my eyes and hear in my ears the siren of the Gestapo motor car. I see the smile on her face while she bade me farewell. I never saw Miss Haining again, and when I went to the Scottish Mission to ask the minister about her, I was told she had died. I did not want to believe it, nor to understand, but a long time later I realised that she had died for me, and for others. The body of Miss Haining is dead, but she is not alone, because her smile, voice and face are still in my heart.’

Jane Haining was deported along with some of her Jewish children to the death camp Auschwitz. In three months 1,300,000 were liquidated in Auschwitz, among them No. 79467, Jane Haining, who refused to reject her children and showed herself to be a saint. She died for her beliefs and was gassed along with a batch of Hungarian women on August 16th, 1944, at the age of 47.

Because Jane Haining was a British citizen and passport-holder, the Church of Scotland was sent her death certificate from Auschwitz: ‘Miss Haining, who was arrested on account of justified suspicion of espionage against Germany, died in hospital, July 17, of cachexia brought on by intestinal catarrh.‘

In 1997 Yad Vashem, the Holocaust Martyrs and Heroes Memorial in Jerusalem, awarded Jane Haining a medal and a place among the Righteous Among the Nations for her selfless dedication to the children. The award was presented to her sister, Nan O’Brien of Londonderry, Northern Ireland, by the Israeli Ambassador to Britain at a ceremony in Glasgow.

Jane Haining is thought to be the only Scot to be slain in the Nazi death camps. She is remembered in the stained-glass windows of Queen’s Park Church in Glasgow and at the Church in Dunscore. 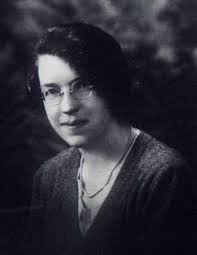