“Seventy weeks are determined  for your people and for your holy city, to finish the transgression,  to make an end of sins,  to make reconciliation for iniquity,  to bring in everlasting righteousness,  to seal up vision and prophecy,  and to anoint the Most Holy.

“Know therefore and understand,  that from the going forth of the command   to restore and build Jerusalem  until Messiah the Prince,  there shall be seven weeks and sixty-two weeks;  the street shall be built again, and the wall,  even in troublesome times.

“And after the sixty-two weeks  Messiah shall be cut off, but not for Himself.

The historical fact makes the math simple.  King Cyrus commanded the restoration and rebuilding of Jerusalem in 445 BCE.  The term “weeks” is a unit of seven years. So sixty-nine weeks of years later, according to prophesy the Messiah, although innocent, was executed. This was 32 CE! The prophesy of Isaiah tells the reason of the execution – the sins of the people. 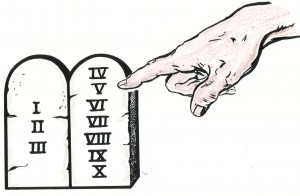