Standing on the brink of the Promised Land, the tribes of Reuben, Gad and half of Manasseh wanted to remain on the east side of the Jordan.  Moses consented, but only if the fighting men would leave their wives, children and livestock behind and join the rest of Israel as they fought to take the land.

Today we would be criticized greatly to abandon women and children, but God promised to give Israel the victory and to protect those left behind.

“Then I commanded you at that time, saying: ‘The Lord your God has given you this land to possess. All you men of valor shall cross over armed before your brethren, the children of Israel. But your wives, your little ones, and your livestock (I know that you have much livestock) shall stay in your cities which I have given you, until the Lord has given rest to your brethren as to you, and they also possess the land which the Lord your God is giving them beyond the Jordan. Then each of you may return to his possession which I have given you.’

“And I commanded Joshua at that time, saying, ‘Your eyes have seen all that the Lord your God has done to these two kings; so will the Lord do to all the kingdoms through which you pass.  You must not fear them, for the Lord your God Himself fights for you.’”

Today Israel has one of the strongest armies in the world, so it’s easy to depend on the IDF and not on God.  But it is God who gives the victory!

PRAY FOR ISRAEL TO DEPEND ON GOD’S PROMISES AND PROTECTION 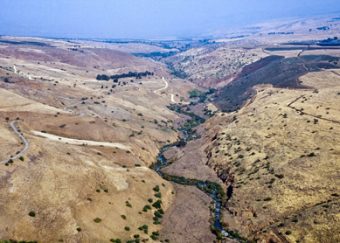