Enmity between Seed of woman and seed of Satan

The conception of the Seed of the woman was supernatural, but His birth was natural – through a Jewish woman.  From the beginning Satan tried to prevent that birth by destroying the Jewish people.

But Satan thought he had won when Yeshua was crucified.  But even that failed when the Father raised Yeshua from the dead.

“Men of Israel, hear these words: Jesus of Nazareth, a Man attested by God to you by miracles, wonders, and signs which God did through Him in your midst, as you yourselves also know— Him, being delivered by the determined purpose and foreknowledge of God, you [a]have taken by lawless hands, have crucified, and put to death; whom God raised up, having [b]loosed the [c]pains of death, because it was not possible that He should be held by it.

There is no power that can stop God’s plan.  Yeshua is victorious and fulfills the prophesy of crushing Satan’s head.

The devil, who deceived them, was cast into the lake of fire and brimstone where the beast and the false prophet are. And they will be tormented day and night forever and ever. 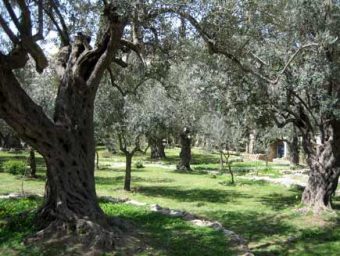