Gaza was once the city of the Philistines.  After the defensive war of 1967, Israel gained possession of the area and turned the desert land into a blooming and prosperous city.  But under pressure from the nations, in 2005 Israel gave the Gaza strip to her enemy and have been under attack ever since.  God has warned the inhabitants of Gaza that He will bring total destruction and return the land to Israel.

“For three transgressions of Gaza, and for four,
I will not turn away its punishment,
Because they took captive the whole captivity
To deliver them up to Edom.
But I will send a fire upon the wall of Gaza,
Which shall devour its palaces.

I will cut off the inhabitant from Ashdod,
And the one who holds the scepter from Ashkelon;
I will turn My hand against Ekron,
And the remnant of the Philistines shall perish,”
Says the Lord God.

PRAY THE INHABITANTS OF GAZA WILL TURN THEIR HATRED OF ISRAEL TO LOVE FOR HER MESSIAH. 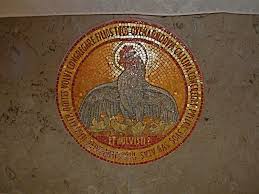