The Rapture: The Book of Life

God in His sovereignty knows us better than we know ourselves.  He knows our thoughts, actions and even feelings.  It is not for Him, but for our sake that He keeps careful record.  The moment a man, woman or child, Jew or Gentile accepts His offer of redemption, their name is immediately registered in “The Book of Life.”

Daniel sees a vision of God’s Throne Room where God is ready to read “the Books.”

“I watched till thrones were put in place,
And the Ancient of Days was seated;
His garment was white as snow,
And the hair of His head was like pure wool.
His throne was a fiery flame,
Its wheels a burning fire;
A fiery stream issued
And came forth from before Him.
A thousand thousands ministered to Him;
Ten thousand times ten thousand stood before Him.
The court was seated,
And the books were opened.

Many people believe that death is the end of life.  But the Bible assures us that it’s only the beginning of eternal life.  Where and how we will spend eternity will depend on our choices in this life. If anyone tries to argue with God when standing before Him for final judgement, God’s record of their life will prove that His judgment is fair.

“At that time Michael shall stand up,
The great prince who stands watch over the sons of your people;
And there shall be a time of trouble,
Such as never was since there was a nation,
Even to that time.

And at that time your people shall be delivered,
Everyone who is found written in the book.
And many of those who sleep in the dust of the earth shall awake,
Some to everlasting life,
Some to shame and everlasting contempt.

Those who are wise shall shine
Like the brightness of the firmament,
And those who turn many to righteousness
Like the stars forever and ever.

Only those who will be spared from eternal punishment will be taken in the Rapture.

Then those who feared the Lord spoke to one another,
And the Lord listened and heard them;
So a book of remembrance was written before Him
For those who fear the Lord
And who meditate on His name.

“They shall be Mine,” says the Lord of hosts,
“On the day that I make them My jewels.

And I will spare them
As a man spares his own son who serves him.”
Then you shall again discern
Between the righteous and the wicked,
Between one who serves God
And one who does not serve Him.

PRAY FOR THE JEWISH PEOPLE TO REPENT AND BE REDEEMED BEFORE IT IS TOO LATE. 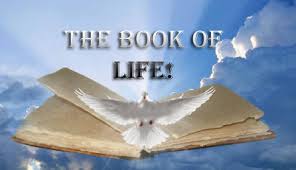