People like to seek God in their own ways, according to the desires and counsels of their own hearts.  But God hates self-righteousness.  As the Creator and He alone sets the standards of righteousness.

Woe to those who seek deep to hide their counsel far from the Lord,  and their works are in the dark;  they say, “Who sees us?” and, “Who knows us?”

PRAY FOR ISRAEL TO SEEK AND OBEY GOD’S STANDARDS OF RIGHTEOUSNESS THROUGH FAITH IN YESHUA THE MESSIAH.

[The walls around Jerusalem’s Old City] 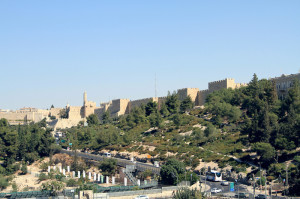