For the last hundred years we have been seeing hints to another piece of the end-times puzzle – the push for one world religion. At first the rational was to prevent another world war as had just been fought (1917-)

For the last few years there has been an increasing global movement towards ecumenicalism which means unity of all religions.  The most influential spiritual leaders are leading this movement and are attracting leaders from many different and contradicting religions.

The attraction towards this movement is the claim that God doesn’t care how we worship Him, we are all His children.  While this sounds nice, it contradicts God’s Word.

Yeshua said to him, “I am the way, the truth, and the life. No one comes to the Father except through Me.

The world wants a tolerant, non-judgmental God.  God is tolerant accepting all people, but He is intolerant of sin.  As we saw in our section of “Lawlessness (September 6-12) rejecting God’s law is the same as rejecting God’s love.

[L]et it be known to you all, and to all the people of Israel, that by the name of Jesus Christ of Nazareth, whom you crucified, whom God raised from the dead, by Him this man stands here before you whole.  This is the ‘stone which was rejected by you builders, which has become the chief cornerstone.’ 1 Nor is there salvation in any other, for there is no other name under heaven given among men by which we must be saved.”

PRAY FOR DISCERNMENT AND COURAGE TO SPEAK TRUTH TO ISRAEL. 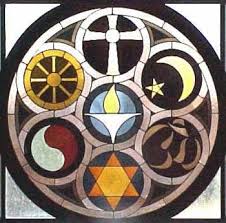