The Rapture: The Restrainer

Paul continues his explanation of God’s Tribulation timetable by referring back to his previous visit to Thessalonica.  We don’t know much about that visit, but his hearers understood that there was someone or something that was blocking the full revelation of the anti-Messiah and the coming trouble.

And now you know what is restraining, that he may be revealed in his own time.  For the mystery of lawlessness is already at work; only He who now restrains will do so until He is taken out of the way.

There is only One who is sovereign over all the earth, the Lord God of Israel. We saw that when Satan challenged God to prove Job’s faithfulness.  God allowed Satan to afflict Job, but set boundaries for Satan, beyond which he could not go.

Now there was a day when the sons of God came to present themselves before the Lord, and Satan also came among them.  And the Lord said to Satan, “From where do you come?”

So Satan answered the Lord and said, “From going to and fro on the earth, and from walking back and forth on it.”

Then the Lord said to Satan, “Have you considered My servant Job, that there is none like him on the earth, a blameless and upright man, one who fears God and shuns evil?”

So Satan answered the Lord and said, “Does Job fear God for nothing?  Have You not made a hedge around him, around his household, and around all that he has on every side? You have blessed the work of his hands, and his possessions have increased in the land.  But now, stretch out Your hand and touch all that he has, and he will surely curse You to Your face!”

And the Lord said to Satan, “Behold, all that he has is in your power; only do not lay a hand on his person.”

PRAY THAT ISRAEL WILL COME UNDER GOD’S HAND OF PROTECTION BEFORE IT’S TOO LATE. 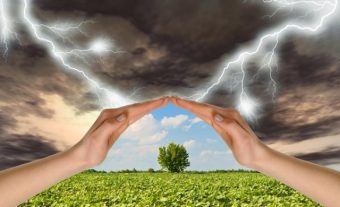