God’s promise to make Israel His jewels is given to no other nation or people. But the promise is conditional, given only to those who have been made righteous by His grace through faith in Yeshua.

Then those who feared the Lord spoke to one another,  and the Lord listened and heard them;  so a book of remembrance was written before Him  for those who fear the Lord  and who meditate on His name.

“They shall be Mine,” says the Lord of hosts,   “On the day that I make them My jewels.  And I will spare them  as a man spares his own son who serves him.”

Then you shall again discern  between the righteous and the wicked,  between one who serves God  and one who does not serve Him.

PRAY FOR THE REDEMPTION AND SALVATION OF THE JEWISH PEOPLE.

[Grieving the death of a brother.] 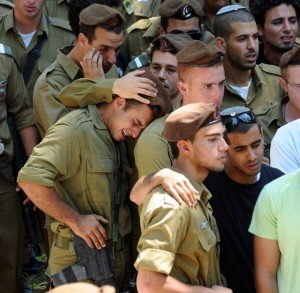