The Rapture: The Falling Away

The Thessalonians were concerned that they might have missed the Rapture and thus be facing the Tribulation (aka that Day.)

Paul continues to comfort them (and us) with signs of what must take place first.

Now, brethren, concerning the coming of our Lord Jesus Christ and our gathering together to Him, we ask you, not to be soon shaken in mind or troubled, either by spirit or by word or by letter, as if from us, as though the day of Christ had come.  Let no one deceive you by any means; for that Day will not come unless the falling away comes first

Adding to the debates about the timing of the Rapture,

are debates about the terms “Rapture” and “falling away.”

so we need to go back in time to the Latin translation.

the Latin uses the word, rapiō, from which we get Rapture.

But we need to go back further to the Greek

Which is ἁρπάζω (harpazo).

In all three languages, the meaning is the same:

“to snatch, to seize, to move from, to change locations, caught up, to be carried away”

Paul uses the word “harpazo” in his first letter to the Thessalonians (1Thess.4:17).

But then not to be repetitive in his second letter,

Now here we have another problem….

from basic tenants of belief.

This was not how the word was used in the first century!

The meaning began in the16th century…. to describe the Protestant Reformation!  You can fill in those blanks!

Since then the words of Paul have been misinterpreted to mean

the Rapture would follow a great departure from the faith.

As always we need to go back to the original language and follow Paul’s original teaching, where “falling away” meant a moving away from, the removal in a spatial/space sense.

In the Greek it was also used for a departure from a relationship, i.e. a divorce.

Thus to summarize, according to Paul, the Rapture will precede the beginning of God’s judgment!

PRAY FOR ISRAEL TO UNDERSTAND THE REAL MEANING OF PAUL’S PROPHESY. 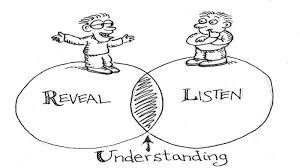