Let us not forget that the land God promised to Abraham was already inhabited!  God had His reasons for removing the Canaanites from the land and giving it to the Jewish people.

“Get out of your country,

From your family and from your father’s house, to a land that I will show you.

I will make you a great nation;

I will bless you And make your name great;

And you shall be a blessing.

I will bless those who bless you,

And I will curse him who curses you;

And in you all the families of the earth shall be blessed.”

So Abram departed as the Lord had spoken to him, and Lot went with him. And Abram was seventy-five years old when he departed from Haran.  Then Abram took Sarai his wife and Lot his brother’s son, and all their possessions that they had gathered, and the people whom they had acquired in Haran, and they departed to go to the land of Canaan. So they came to the land of Canaan.  Abram passed through the land to the place of Shechem, as far as the terebinth tree of Moreh. And the Canaanites were then in the land.

Then the Lord appeared to Abram and said, “To your descendants I will give this land.” And there he built an altar to the Lord, who had appeared to him.

PRAY THE WORLD WILL UNDERSTAND THAT THE LAND OF ISRAEL HAS BEEN GIVEN TO THE JEWISH PEOPLE BY COVENANT WITH GOD. 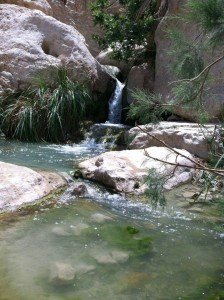