They joined themselves also to Baal of Peor,  and ate sacrifices made to the dead.

Thus they provoked Him to anger with their deeds,  and the plague broke out among them.

Then Phinehas stood up and intervened,  and the plague was stopped. And that was accounted to him for righteousness to all generations forevermore.

God determines the standard of righteousness. Ultimately a greater and more righteous priesthood would be established through Messiah Yeshua.  Through Him all people can become the righteousness of God.

PRAY FOR ISRAEL TO BECOME THE RIGHTEOUSNESS OF GOD THROUGH FAITH IN YESHUA.

[Valley of the Communities] 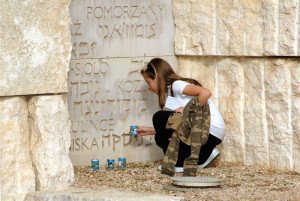