God always fulfills His promises.  He told Abraham that his descendants would be in slavery for 400 years, but that He would deliver them and bring them into their own land.

He spread a cloud for a covering,  and fire to give light in the night.  The people asked, and He brought quail,  and satisfied them with the bread of heaven.  He opened the rock, and water gushed out;  it ran in the dry places like a river.

For He remembered His holy promise,  and Abraham His servant.

He brought out His people with joy,  His chosen ones with gladness.

He gave them the lands of the Gentiles,  and they inherited the labor of the nations, that they might observe His statutes and keep His laws.

To us it seems unfair that God would give Israel land occupied by others but He had a purpose, a purpose still in effect today – that they would know Him and make Him known.

PRAY FOR THE PEACE OF JERUSALEM WHEN ALL ISRAEL FULFILLS GOD’S PLANS AND PURPOSES. 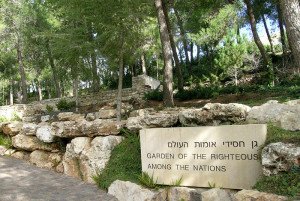