We said earlier that in the spirit there is no difference between Jewish and Gentile followers of Yeshua.  But in the natural, physical world God does have a unique plan and destiny for the Jewish people. Sadly, His choice of Israel to be His witness was misunderstood almost from the beginning of “the Church.” We will expose that misunderstanding later.

Bring out the blind people who have eyes,
And the deaf who have ears.
Let all the nations be gathered together,
And let the people be assembled.
Who among them can declare this,
And show us former things?
Let them bring out their witnesses, that they may be justified;
Or let them hear and say, “It is truth.”
“You are My witnesses,” says the Lord,
“And My servant whom I have chosen,
That you may know and believe Me,
And understand that I am He.
Before Me there was no God formed,
Nor shall there be after Me.
I, even I, am the Lord,
And besides Me there is no savior.
I have declared and saved,
I have proclaimed,
And there was no foreign god among you;
Therefore you are My witnesses,”
Says the Lord, “that I am God.

The prophecies given to Israel were often fulfilled by the ultimate Jew, Yeshua the Messiah.  Nevertheless, His fulfillment doesn’t negate their application to the Jewish people!

Thus says God the Lord,
Who created the heavens and stretched them out,
Who spread forth the earth and that which comes from it,
Who gives breath to the people on it,
And spirit to those who walk on it:
“I, the Lord, have called You in righteousness,
And will hold Your hand;
I will keep You and give You as a covenant to the people,
As a light to the Gentiles,
To open blind eyes,
To bring out prisoners from the prison,
Those who sit in darkness from the prison house.

PRAY FOR ISRAEL TO UNDERSTAND AND ACCEPT GOD’S DESTINY TO BE A LIGHT TO THE GENTILES. 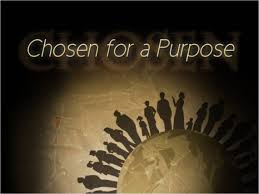