It is a bit surprising that there is so much confusion when it comes to identifying, Jews, Gentiles and Christians.

First we need to remember that there is a difference between the natural (physical) and the spiritual realms.  The Apostle Paul described that through faith in Yeshua, gender, ethnicity, and political differences between men, women, Jews, Gentiles, slaves and free were gone.  He was referring to the spiritual realm.

Although slavery is no longer a part of our culture and the differences between men and women are obviously biological the difference between Jews and Gentiles are still within the plan of God.  So let’s use Biblical definitions.

We will define Jews as people who are descendants of Abraham, Isaac and Jacob; the people of Israel.

We will continue to use the Biblical definition of Gentiles as ‘non-Jews” or people of all nations other than Israel.

The question of who is a Jew is constantly under discussion and often argument.

From ancient times, the line of Jacob was filled with marriages between Jews and Gentiles.  However, Gentiles who chose to align themselves with Israel were considered to be proselytes not Jews.

When were the descendants of these proselytes considered Jews?  That is the question being debated!

But one thing is for sure: when a Jew becomes a Christian he does not become a Gentile any more than a Gentile becomes a Jew.

A Christian is anyone, man or woman, Jew or Gentile who has been “called out,” redeemed,” “saved” by God’s grace through faith in Yeshua’s atonement for the sin of the world. Christians are identified by specific “religious” affiliation, style of worship, age, gender, or heritage, only by their faith.

Today many people, especially within Israel, use “Christian” to mean Gentile.  But this is an incorrect term which continues to widen the gap between Jewish and Gentile followers of Yeshua.

PRAY THAT THE WALL OF DIVISION BETWEEN JEWISH AND GENTILE FOLOWERS OF YESHUA WILL BREAK DOWN. 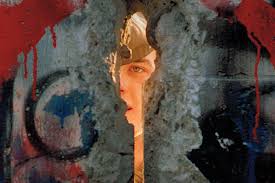