The Apostle John can be credited for writing the most beloved Gospel and the most intriguing prophesy of the end of the world as we know it.  But he doesn’t stop there but continues into eternity in the New Jerusalem.  This final chapter of our lives and of Scripture is called “Revelation” because it goes beyond prophesy to most importantly the revelation of Yeshua!

Knowing Yeshua will enable us to face the horrors that lay ahead in faith and without fear.

The final title of the lawless one is most fitting, “The Beast.”

Then I stood on the sand of the sea. And I saw a beast rising up out of the sea, having seven heads and ten horns, and on his horns ten crowns, and on his heads a blasphemous name.  Now the beast which I saw was like a leopard, his feet were like the feet of a bear, and his mouth like the mouth of a lion. The dragon gave him his power, his throne, and great authority.

PRAY FOR OPPORTUNITIES TO INTRODUCE ISRAEL TO HER MESSIAH. 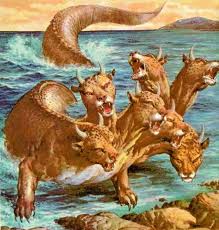