Throughout Scripture, there is a variety of titles of the one we’ve been referring to as the “anti-messiah.”  Like the various titles for God, each ‘name’ reflects his character so it’s important that we at least do a superficial survey.

I have not written to you because you do not know the truth, but because you know it, and that no lie is of the truth.

This title, “anti” has two meanings: “opposed to Yeshua” and “instead of Yeshua.”  At first the anti-messsiah will pose as the true Messiah.  He will masquerade as a spiritual man.  But then he will show his true character as the counterfeit, opposing Yeshua, demanding total obedience and worship.

Let no one deceive you by any means; for that Day will not come unless the falling away comes first, and the man of sin is revealed, the son of perdition, who opposes and exalts himself above all that is called God or that is worshiped, so that he sits [as God in the temple of God, showing himself that he is God.

This title reflects two aspects of his being: he is a man, yet more than a man.  In other words, he is Satan’s imitation of Yeshua as all man and all God.

As the man of sin, he is the embodiment of everything evil, every form of wickedness.  As the son of perdition, he is the seed of Satan, the incarnation of the devil.  He is the culmination of Satan’s craft and power.

The antichrist/anti-messiah will position himself in direct opposition to all authority, both Divine and human.

He will have many who will follow him and become committed to his cause of death and destruction.

PRAY FOR ALL ISRAEL TO RECOGNIZE THE MAN OF SIN AND HIS HELPERS. 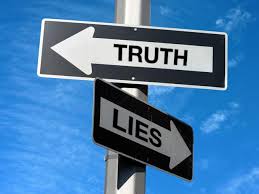