The inhabitants of Edom were the descendants of Esau and continued the jealous hatred against the descendants of Jacob.  God brought judgement in the past, but one day will bring ultimate judgement to the people and the land of ancient Edom which is now southwestern Jordan, between the Dead Sea and the Gulf of Aqaba.

Today there is a strong and growing church in parts of Jordan.

“For three transgressions of Tyre, and for four,
I will not turn away its punishment,
Because they delivered up the whole captivity to Edom,
And did not remember the covenant of brotherhood.
But I will send a fire upon the wall of Tyre,
Which shall devour its palaces.”

11 This is what the Lord says:

“For three sins of Edom,
even for four, I will not relent.
Because he pursued his brother with a sword
and slaughtered the women of the land,
because his anger raged continually
and his fury flamed unchecked,
I will send fire on Teman
that will consume the fortresses of Bozrah.” 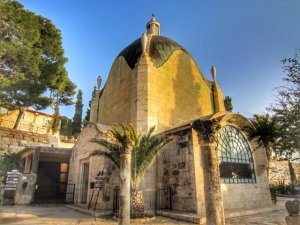