Now we consider God’s purposes for judging the Gentile nations.

God judges the nations for two reasons, both based on their sin of rebellion.  The first reason is their treatment of Israel. There are various translations, but the meaning is the same:

For it is the day of the Lord’s vengeance,

The year of recompense for the cause of Zion. (NKJV)

For the Lord has a day of vengeance,
a year of retribution, to uphold Zion’s cause.  (NIV)

For Adonai has a day of vengeance,
a year of recompense for the hostility against Zion. (TLV)

There are various translations, but the meaning is the same:  שִׁלּוּמִים

means “reward,” “punishment.”  God has continually warned Gentiles, both nations and individuals, that He would bring punishment for their rejection and negative treatment of the Jewish people.

I will bless those who bless you,
And I will curse him who curses you;
And in you all the families of the earth shall be blessed.”

PRAY FOR YOUR CHURCH AND YOUR NATION TO BLESS AND NOT CURSE ISRAEL IN ACCORDANCE WITH GOD’S WORD. 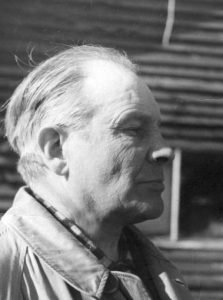 Jan Lipke was a port worker in Riga, Latvia.

When the war began he decided to do

whatever he could to help the Jewish people.

by becoming a German contractor he was able to

smuggle over 40 Jewish workers out of the camps.