Pressure from friends and family (peer-pressure) often affects our behavior in an unhealthy way, even contrary from our own desires.  But when we are pressured to do or to think contrary to God’s desire, it will have eternal consequences.  When it comes to faith, believing in Yeshua,  everyone must ignore pressure from others and follow God himself (herself).

The fear of man brings a snare,

But whoever trusts in the Lord shall be safe.

But the Jews did not believe concerning him, that he had been blind and received his sight, until they called the parents of him who had received his sight. And they asked them, saying, “Is this your son, who you say was born blind? How then does he now see?”

His parents answered them and said, “We know that this is our son, and that he was born blind; but by what means he now sees we do not know, or who opened his eyes we do not know. He is of age; ask him. He will speak for himself.” His parents said these things because they feared the Jews, for the Jews had agreed already that if anyone confessed that He was Christ, he would be put out of the synagogue.

PRAY THAT EVERY JEWISH PERSON WILL IGNORE PRESSURE FROM OTHERS AND OBEY YESHUA AS THEIR MESSIAH. 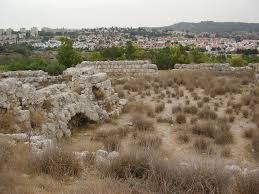