Now it came to pass when Samuel was old that he made his sons judges over Israel. The name of his firstborn was Joel, and the name of his second, Abijah; they were judges in Beersheba. But his sons did not walk in his ways; they turned aside after dishonest gain, took bribes, and perverted justice.

Then all the elders of Israel gathered together and came to Samuel at Ramah, and said to him, “Look, you are old, and your sons do not walk in your ways. Now make us a king to judge us like all the nations.”

But the thing displeased Samuel when they said, “Give us a king to judge us.” So Samuel prayed to the Lord. And the Lord said to Samuel, “Heed the voice of the people in all that they say to you; for they have not rejected you, but they have rejected Me, that I should not reign over them. According to all the works which they have done since the day that I brought them up out of Egypt, even to this day—with which they have forsaken Me and served other gods—so they are doing to you also. Now therefore, heed their voice. However, you shall solemnly forewarn them, and show them the behavior of the king who will reign over them.”

The people rebelled against the unrighteous behavior of Israel’s leaders.  Sadly they turned to other men rather than to God to lead them.  Israel was never to be like other nations with a king.  God alone is Israel’s King.

PRAY AND PROCLAIM THAT ISRAEL WILL CHOOSE TO FOLLOW GOD AND NOT EARTHLY LEADERS. 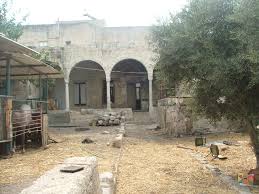