Isn’t it curious that today some people insist that they are descended from the Philistines?  This wouldn’t happen if they understood history.

PROCLAIM THAT ALL LAND PROMISED BUT TAKEN FROM ISRAEL WILL BE RETURNED AND RESTORED. 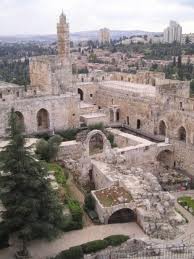