Times have not changed; the world continues to claim that the land of Israel does not belong to the Jewish people.  Although God sent most of the Jewish people out of the land because of their disobedience, He never took away His promise to return them and restore the land to them as a possession.

Again the word of the Lord came to me, saying, “Son of man, your brethren, your relatives, your countrymen, and all the house of Israel in its entirety, are those about whom the inhabitants of Jerusalem have said, ‘Get far away from the Lord; this land has been given to us as a possession.’ Therefore say, ‘Thus says the Lord God: “Although I have cast them far off among the Gentiles, and although I have scattered them among the countries, yet I shall be a little sanctuary for them in the countries where they have gone.”’ Therefore say, ‘Thus says the Lord God: “I will gather you from the peoples, assemble you from the countries where you have been scattered, and I will give you the land of Israel.”’

PROCLAIM GOD’S PROMISE THAT THE LAND OF ISRAEL WILL BE RESTORED TO THE JEWISH PEOPLE. 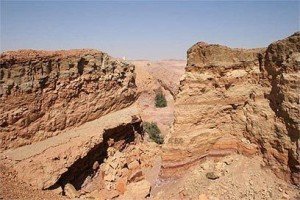