When Solomon’s son Rehoboam, around 930 BCE, followed his father as king, he made life hard for the people by imposing stifling taxes. Under the leadership of Jeroboam, ten tribes split and divided the kingdom.  The rebellious tribes were soon called “Israel” while the remaining two tribes were called Judah or Judea.

From approximately 740-722 Israel was conquered and expelled from the land.  Therefore, often these are called “the ten lost tribes.”

But they were never lost in God’s eyes.  As the spiritual life of Israel declined, the faithful of the north moved south, back to Jerusalem, assuring every tribe would always have a remnant.

Again the word of the Lord came to me, saying, “As for you, son of man, take a stick for yourself and write on it: ‘For Judah and for the children of Israel, his companions.’ Then take another stick and write on it, ‘For Joseph, the stick of Ephraim, and for all the house of Israel, his companions.’  Then join them one to another for yourself into one stick, and they will become one in your hand.

“And when the children of your people speak to you, saying, ‘Will you not show us what you mean by these?’—  say to them, ‘Thus says the Lord God: “Surely I will take the stick of Joseph, which is in the hand of Ephraim, and the tribes of Israel, his companions; and I will join them with it, with the stick of Judah, and make them one stick, and they will be one in My hand.”’  And the sticks on which you write will be in your hand before their eyes.

PRAY FOR THE JEWISH PEOPLE THAT THEY MIGHT BE ONE WITH GOD THROUGH FAITH IN YESHUA. 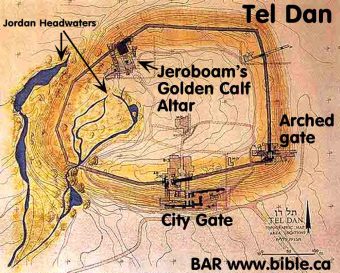