Paul considered the Gentiles “foolish” because of their pagan worship and practices. The Psalmist also calls “foolish” anyone who denies the existence of God. (Psalm 14:1)

Israel had been greatly influenced by these “foolish” people and that had angered God. So God would use these foolish people to anger Israel.

They provoked Him to jealousy with foreign gods;

With abominations they provoked Him to anger.

They sacrificed to demons, not to God,

To gods they did not know,

That your fathers did not fear.

Of the Rock who begot you, you are unmindful,

And have forgotten the God who fathered you.

“And when the Lord saw it, He spurned them,

Because of the provocation of His sons and His daughters.

And He said: ‘I will hide My face from them,

I will see what their end will be,

For they are a perverse generation,

Children in whom is no faith.

They have provoked Me to jealousy by what is not God;

They have moved Me to anger by their foolish idols.

But I will provoke them to jealousy by those who are not a nation;

I will move them to anger by a foolish nation

PRAY THE CHURCH WILL PROVOKE ISRAEL TO JEALOUSY THROUGH THE CHURCH’S INTIMATE RELATIONSHIP WITH ISRAEL’S GOD. 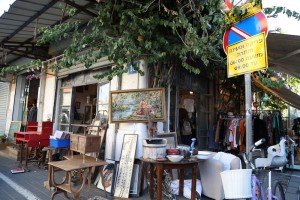