– The Fast of Esther

Only the King could save the Jewish people and that only by issuing another decree. Esther had to talk to the King. To prepare for this meeting Esther issued a fast (Esther 4:15-16). In commemoration of that fast many people today still fast one day for the preservation of Israel. This year the “Fast of Esther” began at dawn on March 20th.

PRAY THAT CHRISTIANS AROUND THE WORLD WILL CONTINUE TO PRAY FOR THE PEACE OF JERUSALEM AND THE SALVATION OF THE JEWISH PEOPLE. 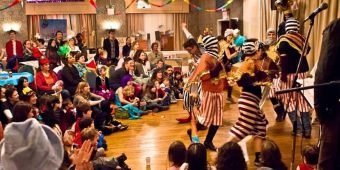