For almost 1500 years, people either ignored or changed the literal meaning of God’s promise to the Jewish people.  But not the Jews.  At every holiday the longing of their hearts was expressed as they prayed, “Next year in Jerusalem.”

By the end of the 19th century, God’s faithfulness to His people and to His promises was manifested as Jews from around the world began to return to Israel.

Moreover the word of the Lord came to Jeremiah, saying, “Have you not considered what these people have spoken, saying, ‘The two families which the Lord has chosen, He has also cast them off’? Thus they have despised My people, as if they should no more be a nation before them.

“Thus says the Lord: ‘If My covenant is not with day and night, and if I have not appointed the ordinances of heaven and earth, then I will cast away the descendants of Jacob and David My servant, so that I will not take any of his descendants to be rulers over the descendants of Abraham, Isaac, and Jacob. For I will cause their captives to return, and will have mercy on them.’”

As we can trust the sun and the moon to continue in their orbits, we can trust that Israel will always be a nation with a unique relationship with God.

PRAY THAT THE WORLD WILL UNDERSTAND GOD’S FAITHFULLNESS THROUGH THE WITNESS OF ISRAEL. 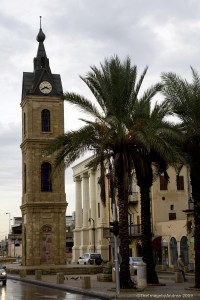