When Adam and Eve disobeyed God’s and ate the forbidden fruit, sin entered the world.

From that moment onward mankind found itself in a continual struggle with God.  Yet the real battle was between Satan and God: Satan wanting to usurp God’s authority at whatever the cost….

The Bible records the complete history of this epic battle, starting from its tragic beginning until its glorious conclusion when God makes all things new!

It is important to understand that we MUST see this battle not only from our perspective, but from God’s.  We don’t often consider God’s feelings: sadness, pain, anger, jealousy, love….

Although the Bible is silent about the exact timing of the end of the battle, it gives us signs of the beginning of the end.

The prophets tell us that there will be seven years of tribulation followed by a unique 1,000 years of relative peace.

And then the end, except the “end” is actually the new and everlasting beginning!

This unique series will chronicle God’s perspective of these “end of days” as revealed through the Hebrew prophets and the Apostles.

As we look through God’s eyes, we see the rebellion and rejection of God’s laws, God’s love, and God’s cry for repentance.

Then we’ll look more closely at His plan and rejoice as we hear His promises of Israel’s restoration and ultimately the New Jerusalem.

Our goal is not merely to pray God’s Word but, as intercessors, to partner with Him by preparing ourselves and others for this most crucial and critical times by:

PRAY FOR THE HOLY SPIRIT TO OPEN YOUR HEART AND MIND TO HEAR THE WORD OF THE LORD FOR ISRAEL AND THE NATIONS. 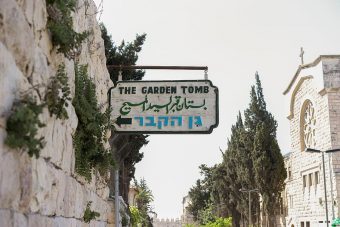