Job, a righteous man who feared God suddenly faced terrible life situations: the death of his children, the loss of his fortunes and horrible physical suffering.  Although he asked questions, he never sinned by speaking against God.

His friends decided that Job’s troubles were because he had sinned.  When Job declared his innocence, one of his friends, Bildad, challenged Job:

Then Bildad the Shuhite replied:

“Dominion and awe belong to God;
he establishes order in the heights of heaven.
Can his forces be numbered?
On whom does his light not rise?
How then can a mortal be righteous before God?
How can one born of woman be pure?
If even the moon is not bright
and the stars are not pure in his eyes,
how much less a mortal, who is but a maggot—
a human being, who is only a worm!” (NIV)

Bildad was wrong.   Job’s troubles were NOT because he had sinned, but he was right that there is no man who can make himself pure and sinless.

PRAY FOR ISRAEL TO RECOGNIZE HER SIN AND SEEK GOD’S FORGIVENESS AND RIGHTEOUSNESS THROUGH FAITH IN YESHUA. 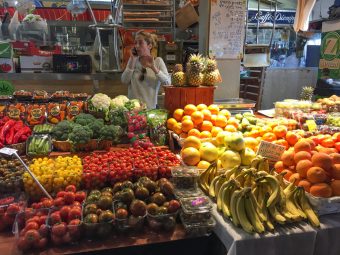