For there were many in the assembly who had not sanctified themselves; therefore the Levites had charge of the slaughter of the Passover lambs for everyone who was not clean, to sanctify them to the Lord. For a multitude of the people, many from Ephraim, Manasseh, Issachar, and Zebulun, had not cleansed themselves, yet they ate the Passover contrary to what was written. But Hezekiah prayed for them, saying, “May the good Lord provide atonement for everyone who prepares his heart to seek God, the Lord God of his fathers, though he is not cleansed according to the purification of the sanctuary.” And the Lord listened to Hezekiah and healed the people.

Hezekiah’s words were prophetic.  Ultimately ritual cleansing at the sanctuary would end because it couldn’t make their hearts clean.  Righteousness could only come through God’s grace by faith in the sacrifice of the Messiah Yeshua.

PRAY FOR THE RIGHTEOUSNESS OF YESHUA TO COME UPON ISRAEL.

[The Kinneret (Sea of Galilee) from the south] 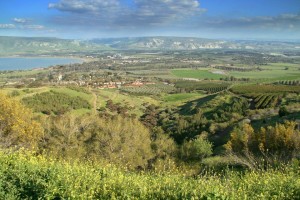