Probably the most debated topic, other than the deity of Yeshua, is the rapture.  Although no one knows the day or the hour, there is agreement on what will happen.

Some argue that the rapture is before the Tribulation begins, others argue it is sometime during those horrible 7 years.

The rapture is the event when all the committed followers of Yeshua as Lord and Messiah will not die, but ascend bodily to heaven.  The prophets Enoch and Elijah never experienced death as both were  “carried away.”

The rapture is a one-time event when God sounds the call.

Sadly, not all people who claim to be a Believer will be recognized and hear the call.

Many will say to Me in that day, ‘Lord, Lord, have we not prophesied in Your name, cast out demons in Your name, and done many wonders in Your name?’ And then I will declare to them, ‘I never knew you; depart from Me, you who practice lawlessness!’

PRAY FOR OPPORTUNITIES TO PROCLAIM THE WAY OF SALVATION, FIRST TO JEWS AND THEN TO GENTILES 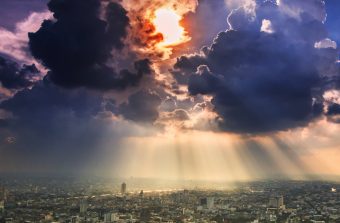