We’re looking at the same promise, but this time from the perspective of Israel’s redemption and salvation.  This same promise was repeated through the prophet Isaiah and years later Yeshua declared that He was the fulfillment of the prophecy.

For He looked down from the height of His sanctuary;  from heaven the Lord viewed the earth, to hear the groaning of the prisoner,  to release those appointed to death

“The Spirit of the Lord God is upon Me,  because the Lord has anointed Me to preach good tidings to the poor;  He has sent Me to heal the brokenhearted, to proclaim liberty to the captives, and the opening of the prison to those who are bound.

So He came to Nazareth, where He had been brought up. And as His custom was, He went into the synagogue on the Sabbath day, and stood up to read. And He was handed the book of the prophet Isaiah. And when He had opened the book, He found the place where it was written:

“The Spirit of the Lord is upon Me,  because He has anointed Me  to preach the gospel to the poor;  He has sent Me to heal the brokenhearted,  to proclaim liberty to the captives  and recovery of sight to the blind,  to set at liberty those who are oppressed; to proclaim the acceptable year of the Lord.”

Then He closed the book, and gave it back to the attendant and sat down. And the eyes of all who were in the synagogue were fixed on Him. And He began to say to them, “Today this Scripture is fulfilled in your hearing.”

PRAY FOR ALL ISRAEL TO RECOGNIZE YESHUA AS THE FULFILLMENT OF GOD’S PROMISE. 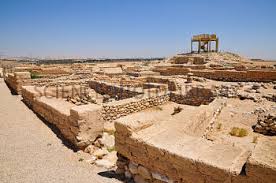