Lunchtime Prayer for Israel was started two years ago as a result of a weekly prayer meeting with several American friends.  I made the comment, “America will never change until America changes its attitude towards Israel.”

One of the women asked, “How do we pray for Israel?” Her question surprised me as she always and only prays Scripture.  “Pray just the way you always pray, pray the Word.  Pray God’s promises to Israel.”

“What promises?” she asked in frustration.

That’s when I realized that if she didn’t know God’s promises to Israel, neither would many other Bible believing Christians.  For the next few days I used Facebook to offer daily prayers for Israel using God’s promises.  There was such a great response, we developed the website you are now on.

Lunchtime Prayer for Israel goes to countries I’ve never visited but I’m so grateful to God for each one of our prayer partners.  Truly the word of the Lord is going forth from Jerusalem!

So you want to know a little about me?

I grew up in New Jersey in a Jewish home. While my family wasn’t “religious”, my parents considered themselves very Jewish. My dad was an atheist and mom an agnostic, but like my maternal grandmother, I knew God existed.  I just didn’t know what I actually believed about Him.

In the last years of high school, I was very involved in a national Jewish youth group.  There was a bit of spirituality but mostly it was about the boys.  Then during my university years I began to attend various churches, but again  more for social rather than for spiritual reasons. Finally I decided to get serious about being and living as a religious Jew.

“I learned to keep a kosher home (maintaining four sets of dishes) and studied the Jewish holidays.

But by the time I was 40 my life was a mess: a failed marriage, broken relationships, and various career changes. “I knew it was the bottom when I entered a hospital’s Mental Health Ward.” While there rage gave way to the pain I’d been stuffing for years.

One day as I was walking around the hospital I looked at the hills and remembered Psalm 121:

‘I lift up my eyes unto the hills, from where comes my help?

My help comes from the Lord who made heaven and earth.’

‘He that keeps Israel never slumbers or sleeps’

I shook my fist at God and challenged, “Well, I’m Israel, and I’m here….where are You?”

Of course God was there and heard me. I imagine Him rolling up His sleeves and smiling, “It’s about time!”

Within a year He sent a messenger, dressed in a three-piece business suit to tell me about Jesus. When I saw a reenactment of the crucifixion and heard the words of Isaiah 53, I was astounded.  All I could think, “That Jesus, not the one I saw hanging on a cross, but THAT Jesus was rejected, abandoned and betrayed.  He understands.  And He did all that for me!”

I was overwhelmed.  Suddenly the Jewish holidays of Passover and Yom Kippur made sense. Jesus was the fulfillment of everything Jewish.

On April 20, 1986, two days before my 40th birthday I gave my heart, future, my life to Jesus.  Three months later I was baptized and four years later graduated  from Western Seminary with a MA in Biblical counseling.  Admittedly I wasn’t and am not a very good counselor…my response to people’s issues is, “Just turn to Jesus!”

I haven’t been able to keep quiet since.  I’ve been to 20 countries and still traveling telling people of God’s holiness and love available by faith in Jesus.

“As a believer and as a Jew, God’s call upon me is clear: fill the earth with the knowledge of His glory – Jesus the Messiah.”

I love proclaiming the Gospel in many forms especially visiting churches to facilitate a Passover celebration.  When I have the time I’ve written some books on the feasts of the Lord:

And of course there’s always a few videos on You Tube: https://www.youtube.com/channel/UCBme4ZyxsZN6G6AgWkG0czw/playlists 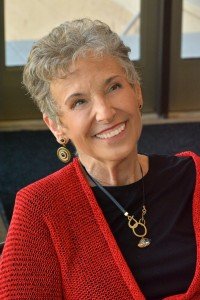