He causes the vapors to ascend from the ends of the earth;

He makes lightning for the rain; He brings the wind out of His treasuries.

He destroyed the firstborn of Egypt, both of man and beast.

He sent signs and wonders into the midst of you, O Egypt,

Upon Pharaoh and all his servants.

He defeated many nations and slew mighty kings—

Sihon king of the Amorites, Og king of Bashan, and all the kingdoms of Canaan—

And gave their land as a heritage, a heritage to Israel His people.

That God would take the land from the Canaanites and give it to the Jewish people would be politically incorrect today.  In fact, many in the world today condemn Israel (falsely) for occupying the land that belonged to Palestinians.  This of course is a revision of history.

If God is sovereign (which He is) He has the right to give His land to whomever He pleases.  He gave the land that had been defiled by the Canaanites to Israel to cleanse and prepare for His return.  God’s purpose for the land and His assignment to Israel has not changed.

PRAY THAT THE NATIONS OF THE WORLD WOULD RECOGNIZE GOD’S DETERMINATION THAT THE LAND OF ISRAEL BELONGS TO HIM AND HE GAVE IT AS A HERITAGE TO ISRAEL. 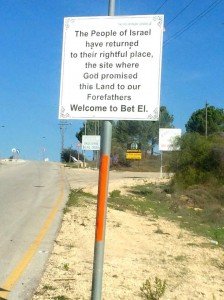