For Yeshua is the end of the law for righteousness to everyone who believes.

Last week we considered the word “end” in this verse. Today we’ll look at the word “righteousness.”

Being “righteous” means to be virtuous, moral, aka a good citizen. In a spiritual sense it means ‘to be approved by God.”

The Hebrew word is, צְדָקָה (tsĕdaqah).

The first man who was considered “righteous,” “just,” or “approved by God” was Noah:

Then the Lord said to Noah, “Come into the ark, you and all your household, because I have seen that you are righteous before Me in this generation.

And behold, the word of the Lord came to him, saying, “This one shall not be your heir, but one who will come from your own body shall be your heir.”  Then He brought him outside and said, “Look now toward heaven, and count the stars if you are able to number them.” And He said to him, “So shall your descendants be.”

And he believed in the Lord, and He accounted it to him for righteousness.

It’s good to remember both men lived before the Law of Moses was given to Israel. So there had to be another way to become righteous.

PRAY THE RELIGIOUS AND DEVOUT RECOGNIZE THAT RIGHTEOUSNESS COMES ONLY THROUGH GRACE BY FAITH.

[Walk through the Tel Aviv market – the shuk] 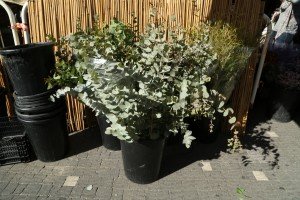