In light of this passage, it’s interesting that the “Palestinians” of today claim they are descended from the Philistines!

So the Philistines were subdued, and they did not come anymore into the territory of Israel. And the hand of the Lord was against the Philistines all the days of Samuel. Then the cities which the Philistines had taken from Israel were restored to Israel, from Ekron to Gath; and Israel recovered its territory from the hands of the Philistines. Also there was peace between Israel and the Amorites.

PRAY THAT ALL LAND BEING CLAIMED BY PALESTINE, WILL BE RETURNED TO THE JEWISH PEOPLE.

[A school trip for Israel’s students…back to the Bible!] 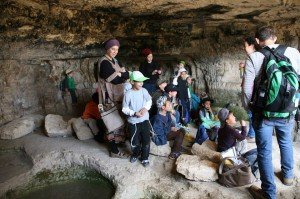