The second Adam and Eve ate from the forbidden fruit, they recognized the consequence of disobeying God…the concept of sin was new.  So was the concept of fear…when they heard His footsteps and then His voice calling them, they were afraid and hid.

Then God revealed His character.

God further described Himself when He passed before Moses.  We hear this refrain often throughout Scripture.

Now the Lord descended in the cloud and stood with him there and proclaimed the name of the Lord. And the Lord passed before him and proclaimed, “The Lord, the Lord God, merciful and gracious, longsuffering, and abounding in goodness and truth, keeping mercy for thousands, forgiving iniquity and transgression and sin, by no means clearing the guilty, visiting the iniquity of the fathers upon the children and the children’s children to the third and the fourth generation.”

Knowing God’s glorious goodness gives us hope and strength to go through difficult times.  But we cannot really KNOW God without redemption by God’s grace through faith in Yeshua.

PRAY ISRAEL WILL KNOW AND TRUST THEIR GOD 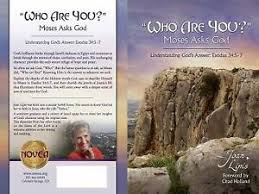