For I do not desire, brethren, that you should be ignorant of this mystery, lest you should be wise in your own opinion, that blindness in part has happened to Israel until the fullness of the Gentiles has come in.

Even before the destruction of the Temple in 70AD the new Gentile followers of Yeshua were blaming the Jewish people for the crucifixion.  The term “Christ Killer” was common and still remains today among some denominations.  Paul’s letter to the Roman Church warned these new Believers not to boast against the Jewish people because God’s mystery of making One New Man from both Jews and Gentiles had now been revealed.  There would come a day when God would lift the blindness from the eyes and “all Israel would be saved.”  That day would be when the “fullness of the Gentiles” had come into the Kingdom by faith.

PRAY FOR GOD TO REMOVE THE BLINDNESS FROM THE EYES OF ISRAEL THAT ALL ISRAEL WOULD BE SAVED. 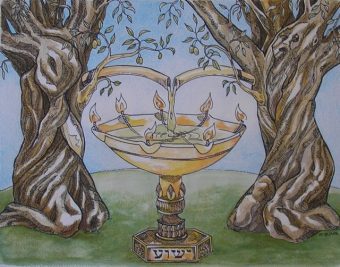