God’s unique relationship with Israel is demonstrated not only through His blessings upon her, but also His displeasure and discipline of her.  Through the prophet Ezekiel, God compared rebellious Israel to the useless wood of the vine.  It’s from passages like this that some believe God has forsaken the Jewish people, but that thinking denies the rest of Scripture which records God’s promises NEVER to forsake her.

Then the word of the Lord came to me, saying: “Son of man, how is the wood of the vine better than any other wood, the vine branch which is among the trees of the forest?  Is wood taken from it to make any object? Or can men make a peg from it to hang any vessel on?  Instead, it is thrown into the fire for fuel; the fire devours both ends of it, and its middle is burned. Is it useful for any work?  Indeed, when it was whole, no object could be made from it. How much less will it be useful for any work when the fire has devoured it, and it is burned?

“Therefore thus says the Lord God: ‘Like the wood of the vine among the trees of the forest, which I have given to the fire for fuel, so I will give up the inhabitants of Jerusalem; and I will set My face against them. They will go out from one fire, but another fire shall devour them. Then you shall know that I am the Lord, when I set My face against them.  Thus I will make the land desolate, because they have persisted in unfaithfulness,’ says the Lord God.”

PRAY FOR ISRAEL TO TRUST IN GOD’S UNFAILING LOVE EVEN IN THE MIDST OF HIS DISCIPLINE. 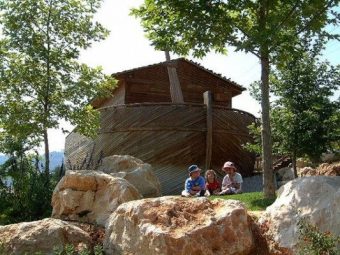