God gave each of the writers of Scripture unique assignments, even though the entire Bible was written predominately:

God’s plan of redemption is detailed from Genesis to Revelation and yet Israel remains the center of all activity with Jerusalem the heart of the matter. Even the Tribulation is basically the revelation of God’s sovereignty over His Creation intended to bring Israel to her knees in humility and submission.

When we read the Old Testament, we see the history of the Jewish people from Egypt, through the exile, return, the Tribulation and ultimately the Messianic Kingdom.  There is no mention of the “Church Age.”  While the Tanach is replete with Messianic prophesies, most Jews are still blind to Messiah Yeshua.

At the same time most churches focus on the New Testament and are blind to God’s unconditional, unchanging although unrequited love for Israel.

Subsequently, Jews and Christians come away with different perspectives.

The Jews read the Bible from the perspective of Israel redeeming the world.

Christians read God’s redemption of individuals through faith in Yeshua.

Jews see their history culminating in the Messianic Kingdom,

Christians are eager for the Rapture, rewards and then eternal life in the New Jerusalem.

Jews focus on God’s promises of spiritual, and natural restoration of the people and the land,

Jews are the Betrothed of God, awaiting the consummation, perhaps in the Kingdom when “all Israel is saved,

Christians rejoice as the Bride of Christ, eager for the Marriage Supper, perhaps during Jacob’s Trouble.

Both perspectives are right and wrong; the Bible is both a history book of God’s plan of redemption through Yeshua as seen through His relationship with Israel (Isaiah 43:10) and will culminate as the One New Man consisting of Jews and Gentiles spending eternity with God in the New Jerusalem!

PRAY FOR ISRAEL AND THE CHURCH TO SEE THE FULLNESS OF GOD’S WORD TO PROCLAIM IT COMPLETELY. 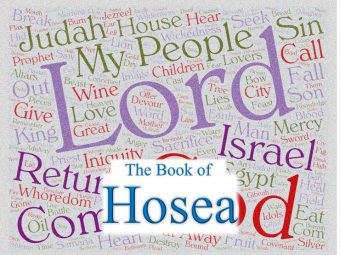