As God promised atonement for Israel’s sin, He also promised them a Prophet who would be more than a prophet.

“And the Lord said to me: ‘… I will raise up for them a Prophet like you from among their brethren, and will put My words in His mouth, and He shall speak to them all that I command Him. And it shall be that whoever will not hear My words, which He speaks in My name, I will require it of him. But the prophet who presumes to speak a word in My name, which I have not commanded him to speak, or who speaks in the name of other gods, that prophet shall die.’ And if you say in your heart, ‘How shall we know the word which the Lord has not spoken?’—when a prophet speaks in the name of the Lord, if the thing does not happen or come to pass, that is the thing which the Lord has not spoken; the prophet has spoken it presumptuously; you shall not be afraid of him.

God’s promise of a Prophet was His next step in the fulfillment of His promise to Abraham, Isaac and Jacob: that through them the entire world would be blessed.

By the year 29 Israel was expecting the Messiah so asked John who was baptizing, “Are you THE Prophet?” (John 1:21)

PRAY ISRAEL WILL RECOGNIZE YESHUA AS GOD’S ULTIMATE PROPHET AND LISTEN TO HIM. 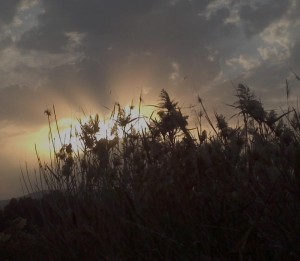