There should be no doubt of the authority of Yeshua. His mighty acts of healing manifested His deity, His power over the waves of the sea proved His control over creation, and Yeshua’s words to His disciples all spoke to His authority.

And Jesus came and spoke to them, saying, “All authority has been given to Me in heaven and on earth.

Now in the Throne Room of Heaven, Yeshua does what no one else has the power and authority to do – He takes the scroll of the Tribulation from the hand of God.

And I saw in the right hand of Him who sat on the throne a scroll written inside and on the back, sealed with seven seals. Then I saw a strong angel proclaiming with a loud voice, “Who is worthy to open the scroll and to loose its seals?” And no one in heaven or on the earth or under the earth was able to open the scroll, or to look at it.

So I wept much, because no one was found worthy to open and read the scroll, or to look at it. But one of the elders said to me, “Do not weep. Behold, the Lion of the tribe of Judah, the Root of David, has prevailed to open the scroll and to loose its seven seals.”

Then He came and took the scroll out of the right hand of Him who sat on the throne.

PRAY FOR ALL MANKIND TO BOW IN SURRENDER TO YEHSUA’S AUTHORITY. 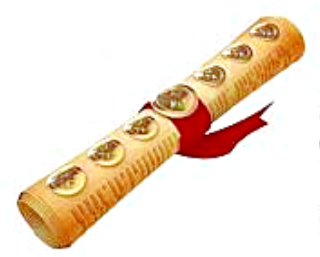