A privilege and responsibility

Being a watchman for Israel is both a privilege and a responsibility and will make the difference between life and death.

When we know that trouble is coming to Israel, those who love her must make a decision, a decision  which might cost our own lives.

The question each of us must ask is, “Will I accept the privilege, the blessing and the responsibility of being a watchman for Israel?”

“So you, son of man: I have made you a watchman for the house of Israel; therefore you shall hear a word from My mouth and warn them for Me.  When I say to the wicked, ‘O wicked man, you shall surely die!’ and you do not speak to warn the wicked from his way, that wicked man shall die in his iniquity; but his blood I will require at your hand.  Nevertheless if you warn the wicked to turn from his way, and he does not turn from his way, he shall die in his iniquity; but you have delivered your soul.

PRAY THAT YOU WILL BECOME A WATCHMAN FOR ISRAEL. 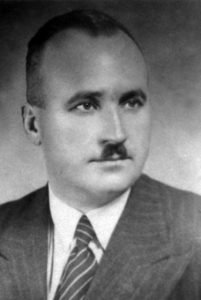 In February 1943 the Bulgarian government agreed to deport 20,000 Jewish from Thrace and Macedonia. However, since there were nowhere near 20,000 Jews in these provinces, it was agreed to make up the difference with 6,000 Jewish from Bulgaria itself. Peshev, who two years earlier had accepted the anti-Jewish measures as necessary, felt that he had reached a point where acquiescence was no longer an option. Rather than shut his eyes and continue to persuade himself that the alliance with Germany benefited Bulgaria, he confronted the consequences of this pact and decided that it was his responsibility to act. He decided to bring the matter to the parliament. On 17 March he wrote a letter of protest and had 42 parliamentarians sign it. He ignored the Prime Minister’s request not to submit the letter, and it was discussed by the majority caucus in its meeting on March 23 Peshev was politically ostracized, but his protest was echoed by other political and clerical voices and the Bulgarian government had to abandon its plans to deport the Jews of Bulgaria..