From things “that are” on the earth, John changes his focus to that which is in heaven.  The door to God’s Throne Room was open as a voice invited him to enter to be shown the “things which must take place.”

The magnificent beauty was hard for John to describe and so much harder for us to imagine.

Immediately I was in the Spirit; and behold, a throne set in heaven, and One sat on the throne. And He who sat there was like a jasper and a sardius stone in appearance; and there was a rainbow around the throne, in appearance like an emerald. Around the throne were twenty-four thrones, and on the thrones I saw twenty-four elders sitting, clothed in white robes; and they had crowns of gold on their heads. And from the throne proceeded lightnings, thunderings, and voices. Seven lamps of fire were burning before the throne, which are the seven Spirits of God.

The four living creatures, each having six wings, were full of eyes around and within. And they do not rest day or night, saying:

“Holy, holy, holy,
Lord God Almighty,
Who was and is and is to come!”

“You are worthy, O Lord,
To receive glory and honor and power;
For You created all things,
And by Your will they exist and were created.”

PRAY THAT ISRAEL WILL SOON BE FILLED WITH WORSHIP TO YESHUA. 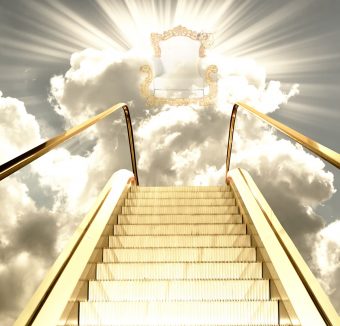