Every story must have a hero as well as a villain.  In the story of Purim, Esther certainly has a leading role, but I suggest Mordecai is the real hero.  It was he who raised Esther to be a God fearer.  It was Mordecai who refused to compromise his faith in the God of Israel.  And it was Mordecai who gave Esther the challenge which made the difference and resulted in the deliverance of Israel.

The significance of Purim is found in Esther’s response to Mordecai’s challenge.  It is the same challenge that each of us have faced and will face in our lives.  God has designed a destiny for each of us and He continually gives us opportunities to follow Him and fulfill that destiny by accepting the purpose of our lives.

Mordecai told them to answer Esther: “Do not think in your heart that you will escape in the king’s palace any more than all the other Jews.  For if you remain completely silent at this time, relief and deliverance will arise for the Jews from another place, but you and your father’s house will perish. Yet who knows whether you have come to the kingdom for such a time as this?”

PRAY FOR ISRAEL AND THE CHURCH TO ACCEPT GOD’S PURPOSE AND DESTINY FOR THEIR LIVES. 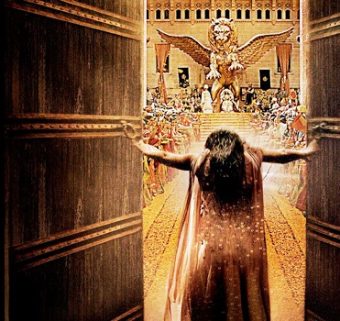