Almost from the beginning of recorded history the Jewish people have faced more enemies than any other people.  One nation after another, one leader after another has tried to cause their total annihilation.  But not one of them has succeeded.  Israel has always won the victory.

In view of this unique history, we must ask ourselves “Why?”

The answer to each of these questions is, because of God’s unique relationship with Israel.  God chose Israel to be His witness and be the vessel through which to bring the Redeemer.   God tied His reputation and plan of redemption to the people of Israel.

Obviously if God chose Israel to manifest His glory, then she would also become the focused enemy of Satan.  Satan reasoned that if he could destroy Israel, God’s plan of redemption would be thwarted.  Thus Israel became the battleground between God and Satan.

When Yeshua was crucified, it appeared that Satan had won the victory, but Yeshua’s  Resurrection proved that the battle was not finished.  Just as God had said, Yeshua would ultimately win the victory.

“Because you have done this,  you are cursed more than all cattle, and more than every beast of the field; on your belly you shall go, and you shall eat dust all the days of your life. 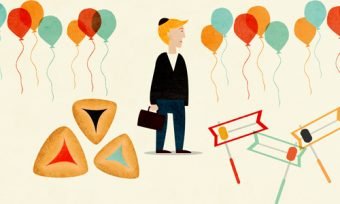